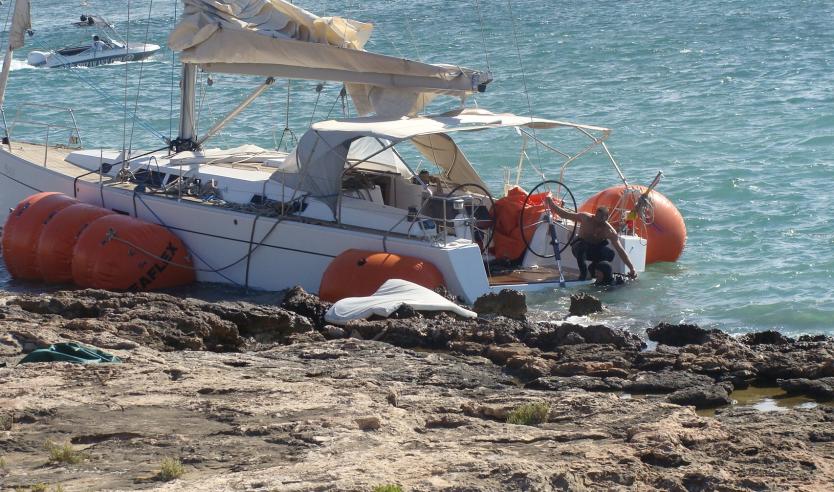 Margarida spent the winter from 2013 to 2014 in the BurrianaNova Marina near Valencia! Jaime, Cecilia, Ester and Rafaela, came from El Salvador and from Brasil to visit us during Christmas/New Year. We went to Burriana and since the boat was in the water, we sailed a bit to "matar saudades"! In May we went to Ibiza! We met there Alípio, Gil and Dilmar from the Brazilian sailboat "Bar a Vento". We returned to Ibiza after a small stay in Espinho. This time Anuska came to visit us. We had very bad experiences with the football (world cup) and with the wind (Santo Antoni). Dilmar and Joaquim Mota joined us until Torrevieja. Then was the time for Ana Beltrão. Joaquim Mota and Cristina payed us a visit in Sancti Petri. Zé Simões and Maria Odete eat some mussels aboard Margarida, in Punta Umbria. Ana left us in Faro. Joana, Mario and Margarida (my granddaughter) met us in Lagos and we spent beautiful days in Culatra. Me and Mario sailed from Lagos to Figueira da Foz where we received the visit of Tozé, Zimi, Ana and Mané. The whole story ended in Rio Douro where Margarida spent the winter 2014/2015!