Replacing the Hour Counter in the Yanmar Tachometer

I recently discovered a great Facebook Group dedicated to the Oceanis 40 sailing boat. I made a comment about the replacement of the hour counter on the VDO tachometer and an user asked me about my experience in doing so. I said I would write here something about it as I thought I had photos to illustrate what I did. I was wrong as I found none on my photo archive. So, instead of adding a project in the website, I am just adding an entry on the 2019 Blog, although I am writing in December 2021. The reason is that I made the replacement in 2019.

I made that replacement in 2 attempts. In my 1st attempt I ordered and followed the video that you can find here. In order to remove the VDO tachometer from the Yanmar panel I had to buy a tool like this (as also referred to in the 2nd video link below): 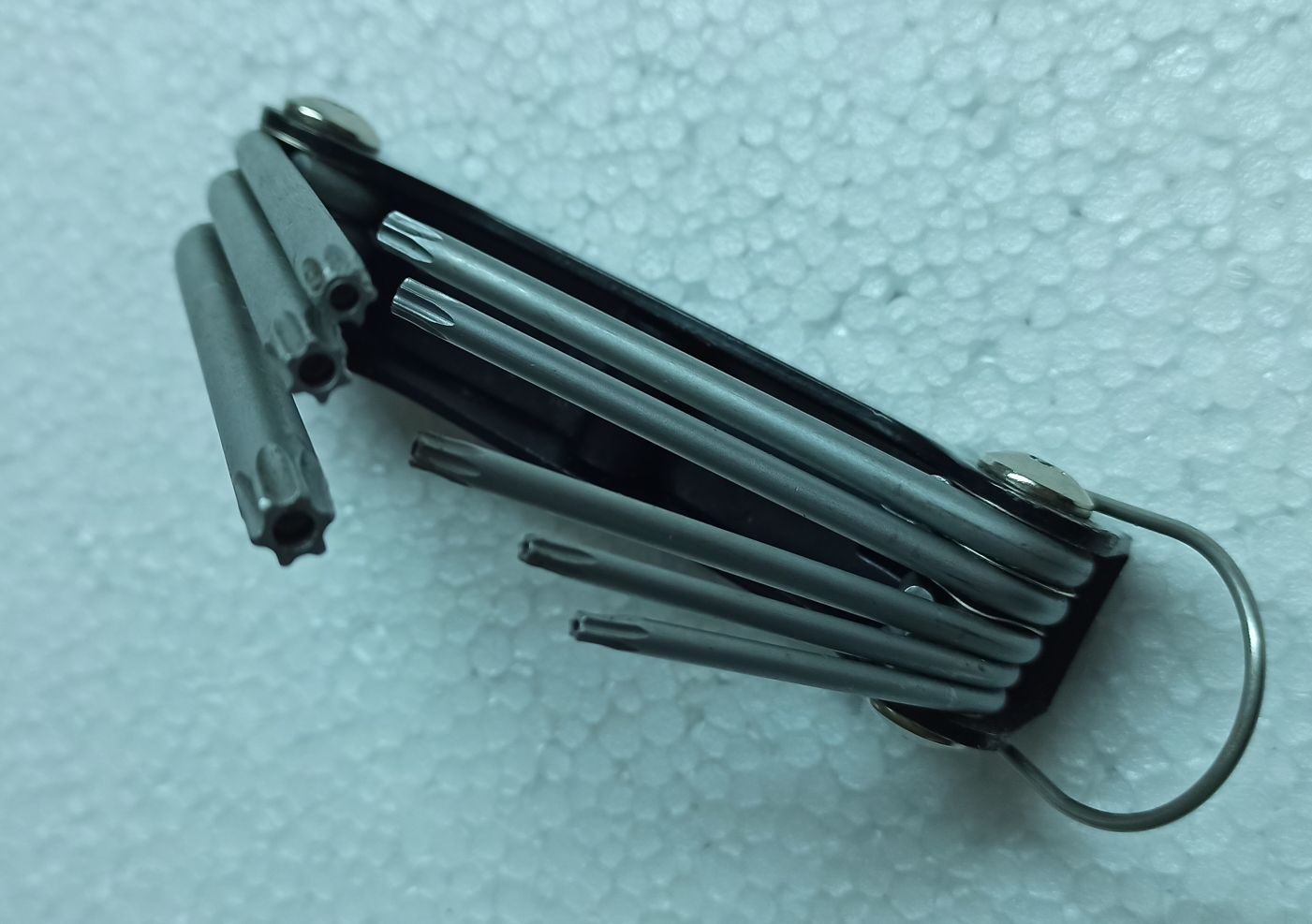 The video was extremely useful but my problem started when the video is at time 4:15 to 4:38. In fact the ribbon cable is inserted in a socket but I could not pull out the cable from the socket by removing the fixing part with 2 lateral clips in the socket that make the cable free. In fact I could not even see the socket as the whole thing (cable end plus socket) was covered by a kind of silicone or glue. The 2nd video below shows what I found. In removing the glue I destroyed one of the 2 clips and, worst, the ribbon cable of the new replacement part. Also, the replacement part shown in the following picture includes the LCD and the ribbon. So it is not necessary to remove the old cable from the LCD as shown at 4:50. The AliExpress shop from where I bought the second replacement part (exactly the same as the first one) does not stock the part anymore. However I just made a search with the key words shown in blue (and shipping from Spain) and found many: 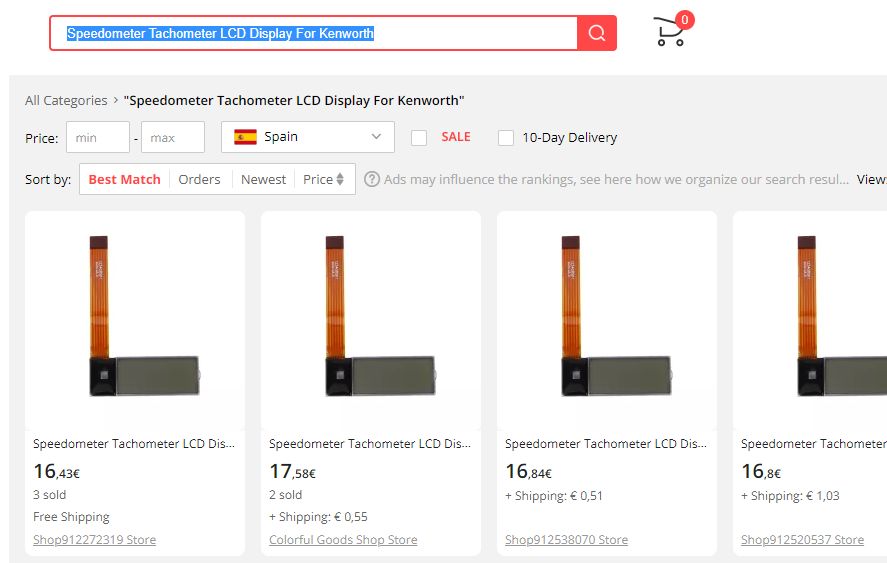 Now the 2nd video. Just one hour ago I found this video on YouTube. This is a very recent video not available when I made my attempts. Neither the VDO panel nor the boat are the same but the video is excellent and very detailed. At time 3:53 it shows the silicone (or glue or chewing gum) that I found. Not zone 1 (it was clean in my case) but where the socket that receives the ribbon cable sits or in zone 2. Looking to this video, I would remove all the pieces (including the dial and the needle) as described on the 1st video. Also I did not understood what the author describes at time 5:45. The socket is soldered at the PCB and can not be separated from it. Having a second look I understand that he refers to a fixing and extractable part of the socket. That part has 2 lateral "clips" and I broke one of those in my 1st attempt. But I inserted the fixing part (defective as it was) and put no glue or isolating silicon over it. Fortunately it fixed the ribbon cable on the socket and it is working without problems for 2 years now!

A recent change on the Portuguese Nautical Regulations determined that Margarida will have to be inspected in 2015, only! This is great news as we can extend our stay in the Oriental Mediterranean. This is our plan for 2019!