All the multiplexers have Led lamps that signal activity on the inputs or outputs and other situations.

Nmea3Wifi and Nmea4Wifi - Inputs have Green Leds and outputs have Red Leds. There is also a Blue LED that blinks when data is being received by Wifi or is being sent out by Wifi. TH (Through Hole) models also have a Red LED which indicates that the unit is turned on. The Leds in the SMD (Surface Mounting Devices) models are very small but the are as bright as the 3mm Leds used in the TH models. 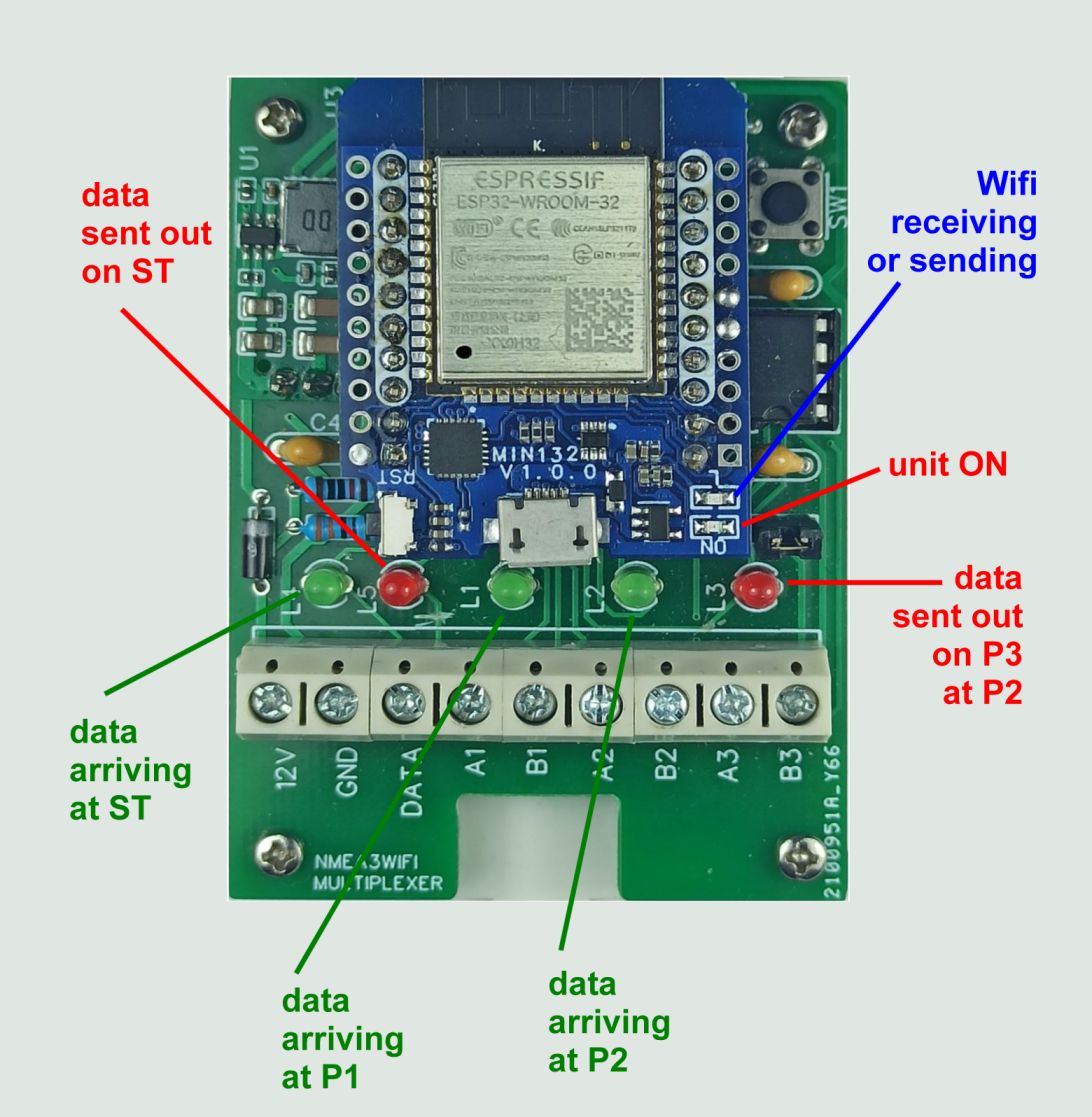 Hard Reset - when the Hard Reset switch is pressed, all Leds turn on. The switch should not be released while the Leds are on. After 2 or 3 seconds the Leds turn off and the switch can be released for the Reset to be taken. Otherwise it will be ignored.

Hardware Testing - It is possible to test the serial output driver and the input optocouplers using a procedure described in the forum. The Leds will blink or not blink to indicate normal operation or a failure.